Friends — as we reach the end of July of this strange, unreal feeling year, I am experiencing with renewed force the power of the Jewish holiday known as Tisha B’ Av.   Tisha B’Av commemorates the fall of Jerusalem Temples 1 and 2, but in a larger sense, it commemorates the totality of Jewish catastrophes. It also marks the moment when Jews become refugees and immigrants.

At the same time, this is summer, and the days are warm and plants are growing in most places. It is a luscious time of year, particularly if you are fortunate enough to have access to fresh fruits and vegetables.

How do we mourn and celebrate? reckon with and grow from?

My orthodox Jewish sister in law turned 60 this past Sunday and I wrote a poem for her. I like the poem, but it doesn’t entirely capture the weird state of mind I’m in these days. So instead of the poem, I’m posting a spoken word video experiment I generated last week when the poet George Hammons challenged a bunch of us to try to make a video poem.

I couldn’t make a poem like that. What I could do was think about the incredible spoken word performance videos done by my friend Rich Ferguson. I improvised something that links my love of German language with a strange discovery I made about my own past and the lingering issue of “german-ness” as it pertains to the current president and the current situation we find ourselves in.

Here’s my little experiment, slightly garbled in spots near the beginning. 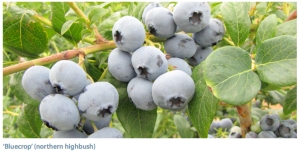