Like many women writers of the 19th Century, 20tth Century author Karen Blixen decided to use a male pseudonym, when she decided to give up working her ex-husband’s coffee plantation in Africa, and try being a writer instead.  Her pen name, Isaac, (Laughter) signals that she wants to laugh at the masquerade she has created and at us too, perhaps.  Blixen’s strange collection Seven Gothic Tales  seems to laugh alot at white, straight, cis, privileged European people.  Always ornate, and verging on the frivolous, these tales lead readers on a wry and sometimes comical tour of aristocratic and bourgeois euro-pretensions to grandeur, beauty, artistic genius, sex, and spirituality.

But underneath the levity and the baroque structures of the stories, there’s an interesting undertone that leads in the subversive directions of asking us to think about what it means to be “sexed”  in a particular fashion and how that sexed desire may or may not correspond to what we think it does (or should do).

The three stories that are the most interesting to me in these areas are “The Monkey,”  “The Roads Round Pisa,” and “The Dreamers.”  All three deal explicitly with the question that mystified Freud: “what do women want?” and all three progressively provide surprising possible quasi-answers to that question.

The first story is in many ways the simplest.  A pet monkey belonging to the Prioress of a “Northern European” convent, likes to scamper away for months at a time.  We readers forget about the animal, as our attention is focused on the frustrated courtship and eventual rape of Athena, by an almost surely homosexual aristocrat (Boris) who is desperate to preserve his reputation as an official heterosexual.

But, Athena, not only does not want Boris.  She doesn’t want any man.  Even after the successful rape (managed only with the assistance of a Cialis-type cordial given to Boris by the Prioress), Athena declares that she will agree to marry her rapist, but that afterwards, she will surely kill him.  Athena may be bloodied, but she is certainly unbowed, and is determined — despite what has transpired — to remain free.

This plot line distracts from but ultimately links up with the twist at the end.  It turns out that the machinations of the Prioress to “help” Boris “seduce” are indeed the machinations of the monkey, who takes the human woman’s place from time to time so that she can take on the monkey’s form and do— well, we don’t know what it is that she does in the forest.  Like Athena (who is deeply attached to her father), the Prioress is also a woman devoted to only one man – in her case Jesus Christ.  But that devotion masks a desperate longing to be free to do something (we don’t know what)– and that longing must be satiated at any cost.

“The Monkey” suggests that feminine wanting can only be expressed obliquely in terms of what isn’t wanted, and in terms of literal metamorphosis – the pleasures of which we are not permitted to witness.

A similar sidelining strategy operates in the “Roads Round Pisa.”  The apparent main story – Count Augustus’ quest to locate Donna Rosina di Gampocorta — gets momentarily interrupted by the appearance of a beautiful boy.  This beautiful boy (reminiscent of Tadzio in Thomas Mann’s “Death in Venice”),  says he wants to study astronomy because  he “can no longer stand the thought of time.” (SGT), which “feels like a prison to” him.

Not so surprisingly, given what we saw happening in “the Monkey,” this young man so afraid of prison time, turns out to be Rosina’s girlfriend Agnese (Agnes).

Once her “true” sex is discovered by Augustus, Agnese declares that she is “happy not to be” a man, but we wonder a bit about this, especially when we glimpse the tail end of a remembered scene between herself and Giovanni:

Is this the end of a rape scene or a love scene?  Both? Neither?  We are not certain.  But what is certain is that, like Athena, Agnese does not want Giovani, or indeed any man.  What does she want?  The same thing the Prioress wants:  freedom.

But it’s a vague freedom.  At the end of the story, Agnese declares her joy at not “being shut up within one hour” and leaves.  To do what?  We don’t know.

Perhaps it is “the Dreamers” that brings us closest to what these disguised women want.  Through an elaborate set of ruses (supported by yet another man, who serves as a kind of [Jewish] fairy godfather), the central female character of the story is able to assume a mind-boggling array of identities:  a famous opera singer (Pellegrina Leoni), a captivating sex worker of the Roman brothel (Olalla), a revolutionary milliner named Mme. Lola who inspires the assassination of the Bishop of St. Gallen (although this seems something of a contradiction in terms), a widow named Rosalba, and an upstanding lady Mme. Heerbrand.

But who is this lady really?  She gives a complex answer near the end of the story:

I will not be one person again, Marcus.  I will be always many persons from now.” (Seven Gothic Tales)

What women want, Pellegrina affirms, is to be multiple and to live multiple lives under a variety of changing guises.  In this manner, she is able to have very different (sexual and non-sexual) relationships with very different men, as well as very different careers.  Pellegrina’s love of the stage gets worked out through this continual performance of transformative identities, a practice wrecked by the masculine insistence on “the truth.”

French feminists like Luce Irgaray and Helene Cixous would articulate this idea of the feminine as plural later in the 20th Century.  Likewise gay historian Michel Foucault would argue against the “self” as an entity.  It’s remarkable that the consciousness of both the feminine as multiple and the self as fluid is already expressed in Seven Gothic Tales, and with that awareness, the sober suggestion that life as “woman” is not only limited, but in some way false — an imprisoning misnomer that transformation and transvestism can indicate, but perhaps not ultimately escape.

At its most radical, the collection comes close to suggesting that gendered identity is a dead end, and that biology may be much less meaningful than preference, inclination, and performance. And that despite everything white privilege matters even as it is aware of its others clamoring to be heard on the margins.  “The Dreamers’ in particular signals the problematic primacy of the white male (cis) voice.

We are left to wonder how or if Karen Blixen managed to live differently, through the use of fiction writing under the name of Isak Dinesen.

Here’s hoping s/he did. 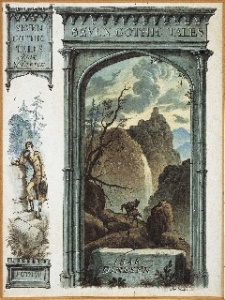 [i] I’m hoping I got all the identities.  It’s tough working off of the kindle for these sorts of details.