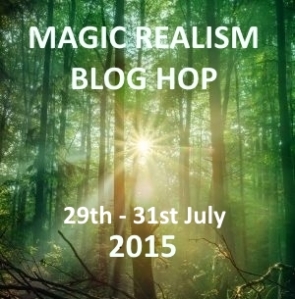 Here’s my humble contribution to the conversation. I recently taught a Magical Realism 101 class in Port Townsend WA, and students said they were a bit stumped by the “how”s of MR. They knew the “what” well enough by the end of our time together: namely to stick something magical, impossible, unreal, into the mundane world. But once you do that, what do you do with that strange thing, you’ve stuck into your narrative?

The simple answer is it’s all about making it big.

My two favorite examples of how to make MR big are Gabriel Garcia Marquez’s short story “The Handsomest Drowned Man in the World” and Roberto Bolaño’s insane pretend encyclopedia, Nazi Literature in the Americas.

Marquez’s story starts with a corpse found on the beach, and as the the story proceeds, the body itself gets bigger and bigger, and the circle of people interested in that body becomes so large it includes the entire town, and people beyond that town, including a passing military leader on a huge battleship.

Bolaño does something similar. He takes the smallness which is the encyclopedia entry, and adds crazier and crazier entries — some based on the names of real people and some not — til you don’t know what’s true and what isn’t, and are appalled by the ease with which fascist politics gets put into westerns and science fiction stories. When you get through it — assuming you CAN get through it (it’s a mind boggling, and at times mind-numbing experience) — you aren’t sure any longer about your own political limitations, and you have a worried feeling about your own writing, and the writing of everyone you know.

Making it big is a basic great rule of thumb for a writer who wants to invoke the magical. Take D.J. Older’s wonderful mammoth ghost mammoth (no, I’m not kidding) in his linked collection Salsa Nocturna. That enormous beast helps the reader recognize that this New York is more mythic than any New York they could have previously imagined. And then, Older makes those stories get even bigger.

Try it. Make it bigger.

And be sure to visit these blogs participating in the hop!: