“He had to keep busy; he had to keep moving so that the sinews connected behind his eyes did not slip loose and spin his eyes to the interior of his skull where the scenes waited for him.”

CEREMONY  Leslie Marmon Silko’s first novel written in the 1970’s, is a book I’ve continually heard about, but never read. For a while it was taught a lot in Women’s Studies classes, and I used to hear it referenced in different minority literature contexts – Native American literature, indigenous literature, literature by persons of color.

I hadn’t read Ceremony because I was afraid.

I was afraid of my guilt as a privileged white person, as I read this novel about a Native American Vet struggling with his return to the US. But I was even more afraid of the subject matter – afraid that it would trigger my own traumatic non-memory, my own nightmarish visions, which have been very potent lately, but which have been with me as long as I can remember as a kind of dread always lurking on the edges of my consciousness.

Arguably, the unspeakable is precisely what magical realism is about – the attempt to make the unrepresentable, spoken, imaged, articulated, and seen side by side with the real and the mundane. In magical realism, a fantasy world is not constructed as in Tolkien. Rather the fantastic, or what Freud called the uncanny – das unheimliche (literally the un-homelike) – exists side-by-side with the real, in it, and even under it.

I write stories that are arguably magical realism. But somehow engaging with it as a reader is very different from controlling it as a writer. As a reader, you’re vulnerable, and I wondered how bad I would feel after reading CEREMONY.

Still, I felt I had to try, perhaps particularly because the non-memories of my personal trauma seem so proximate to me these days.

So, friends, I read it. And here’s what I think. I am going to speak about the novel in somewhat vague terms, because I do not want to give away anything. I want you to experience the novel for yourself:

First of all, Ceremony is without a doubt one of the most beautifully written novels I have ever read. It’s Albert Camus-level; it’s Doris Lessing-level gorgeousness. There were moments when I just had to put the book down, pick it back up and reread the section I’d read just to experience it again. Extraordinary. Delectable. Its language is a feast the like of which we don’t often see in the English language, or indeed anywhere.

Second of all, it’s a novel that understands trauma in a way that no other work of fiction that I’ve read – with the possible exception of the Septimus section of Mrs. Dalloway and Robert Cormier’s I am the Cheese – does. Silko is able to capture the words that my own traumatic memory uses to speak itself. Her protagonist talks to himself in ways that I have talked to myself in. Even though Tayo and I are worlds apart, I recognize myself in him and in other characters in the novel.

Third, the novel makes a connection I had never thought to make between personal trauma and the historical moment that we live in. Our personal wound is connected to the wound of the world, and thereby to the wounds of everyone, and to the particular challenge of our time. This sounds incredibly corny, but if you have read the book you know what I am talking about. It is a profound insight, and I feel personally changed by it.

Fourth, the novel says something incredibly powerful and provocative about culture and religion and how they must change in order to live and remain vital. This is a crucial idea in the book, and it has changed my view of Judaism, and of what I am doing as a writer and person.

Fifth, on a stylistic level one of the most interesting things about the book is how the “magic” and supernatural aspects take place in a completely unremarkable way. They appear as undramatic almost mundane occurrences and things, and these elements make what is real, what is natural, and what is mundane seem all the more extraordinary. If magical realism works to make us see our world differently, appreciate it more deeply, feel it more profoundly, well then this book certainly succeeds in that.

It shows us how truly revolutionary magical realism writing can be. What it can do for us is something very big. 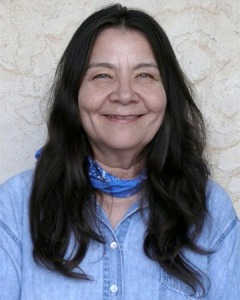