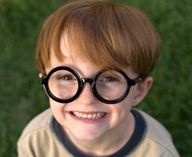 Everyone including my sister in Kansas and my uncle in Dubai awaits the final movie installment of the Harry Potter series with hysterical anticipation, bordering on frenzy.  Frankly, I don’t get it.  Could you please clue me in as to what this JK Rowling phenom is about?

Committed to the Real

If you are a fan at all of Joseph’s Campbell’s Hero with a 1000 faces, you will recognize that the JK Rowling series contains all the features of the “Big Story”:  the quest-romance as both Joseph Campbell and Northrop Frye understand it.

But in our opinion, the fascination lies, not so much in the characters as in the magical space that is Hogwarts. Hogwarts incarnates a combination middle school, high school, and college for wizards and witches that the movies – with a greater or lesser degree of success – translate visually.

To our way of thinking, the use of school as a universal is not just smart – it’s genius.  We are all very different from each other, but most of us (although, sadly, not all) have had some encounter with the school.

And, Hogwarts fascinates because it boasts both the absolute, idyllic best and the extreme, horrifying worst that a school can be for us.

On one hand, Hogwarts encapsulates our fantasies of a school where, rather than being formed into boring adults we are changed into fascinating and creative people just bursting with agency.  Students learn how to transform themselves – literally – into other people, heal wounds, fix eyeglasses, and – most impressively – create a personal spirit protector that can blast away the biggest, scariest demonic energy-drainer.

Hogwarts, in short proposes the German philosophical idea of Bildung – the holistic education and transformation of the complete individual – a person ready to engage in civic matters, to take full part in the improvement of the world on every level.

On the very scary other hand, Hogwarts proves to be an exceedingly dangerous educational space, where students and faculty are increasingly terrorized, wounded, and killed.

1.  The bathroom emerges as a treacherous locale where students kill themselves and/or attack each other.

2.  The classroom is depicted as the continual scene for power-struggles between teacher and student, and between students themselves, as the dissemination of useful knowledge becomes more and more rigorously repressed.

In short, Dear Committed – Hogwarts dramatizes in fantasmic form all the problems of poor beleaguered EDU – whether it is Professor Umbridge teaching to the test in a no-child-left-behind scenario, or the violent intent of students who want to kill the principal, as well as other students.  As he grows more secretive and agonized, Draco looks less and less like a cardboard school bully, and more like one of the shooters at Columbine.

The struggles throughout the series for control OVER Hogwarts, and the fact that is becomes the final battleground in the last book and final film, testify to its centrality to the proceedings.  And, if the DEATHLY HALLOWS 1 film felt flat to you (it did to us), the narrative’s lackluster may derive from the fact that the characters and the viewers are unmoored from the place that we all care about most – Hogwarts. 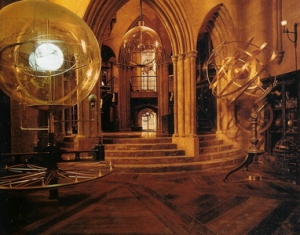 Some of us hated (or currently hate) school. Others of us loved (or continue to love) it.  But for most of us school is the frightening, wonderful, troubled, fascinating, and often very sad home-away-from-home that we indirectly recognize in the Harry Potter books and films.  This was where we meet the first adults who were not our parents, and where we developed our first extra-familial relationships with these intriguing (or boring) individuals.

At the school we found ourselves forced into roles that did not feel authentic, and we also –possibly glimpsed sides of ourselves that would prove liberating.

“It’s our choices that show what we truly are”, the late great Professor Dumbledore observes, and how wonderful that Rowling has the courage to make Hogwarts what the school must be in our time:  the embattled “scene of justice” as the late Bill Readings called it.

A place about something both larger and smaller than knowledge.

In our time of demolished universities and bankrupt schools, Hogwarts remains JK Rowling’s most poignant and interesting character.